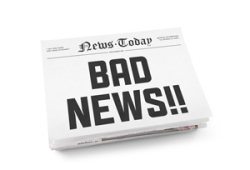 This HND piece looks at the recently filed wrongful death lawsuit against Alkermes, the manufacturer of Vivitrol. We reference an earlier article in which we discussed the problems that drug is having with the FDA—regarding false or misleading advertising. The basic deficiency with Vivitrol is that it shuts off receptors for opioids and endorphins, thus increasing the risk of an overdose.

That's why the drug was much more favored by the criminal justice system than the medical community. That and the fact that unlike methadone and buprenorphine it does not have the possibility of being addictive. Alas, Vivitrol was apparently forced on a hapless patient in California, and he died of an overdose. Expect more such lawsuits to follow.

This is only a preview. Your comment has not yet been posted.

The letters and numbers you entered did not match the image. Please try again.

As a final step before posting your comment, enter the letters and numbers you see in the image below. This prevents automated programs from posting comments.

Having trouble reading this image? View an alternate.

Comments are moderated, and will not appear until the author has approved them.

(Name is required. Email address will not be displayed with the comment.)