Can nuclear waste be safely transported? 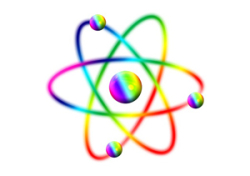 Josh Bloom of the American Council on Science and Health raises this question, and gives a fully documented response. Spoiler: Yes, it can.

It's way past time to put forth counterarguments against the fear entrepreneurs. Isn't funny how those most concerned about getting away from fossil fuels are also the loudest voices against nukes? Sorry folks, but solar and wind power just won't cut it as viable alternatives.

Should you be worried about crumb rubber?

This HND piece describes crumb rubber, its applications, ASTM standards, and alleged health effects. Many studies have been run on this material, and it continues to get a clean bill of health. Recent concerns focus on possible effects related to its use on athletic fields and playground surfaces. Be prepared for some shoddy and silly "links" to diseases.

EPA has just released Part 1 of a major study on crumb rubber, and the material continues to look good. Apparently, though, that will not suffice for the doom profiteers, fear entrepreneurs, and those desperately looking for the "cause" of their illness. Sort of reminds me of the mega-overblown radon scare, which I had mocked years ago. One advocate did hit me with his unassailable argument, though:

"I know you're wrong, and I can prove it! The house of this guy down the street had radon...and he died!"

Glyphosate: How A Safe Chemical Is Being Maligned By Greedy Elites

This HND piece covers the awful junk science and flat-out corruption behind the demonization of the pesticide Glyphosate. This chemical has been rigorously studied since before it went on the market in 1974, and has been approved as safe by every relevant agency in the world.

But in 2015, the International Agency for Research on Cancer (IARC) labeled it as "Group 2A (probably carcinogenic to humans). Bear in mind that IARC also puts red meat consumption into Group 2A, and processed meats into their worst category—Group 1 (carcinogenic to humans). To call this action politicized and corrupt is to understate what went on. After all, the guy who got IARC to study this compound in the first place—and was instrumental in the final classification—also got himself a fat consulting contract with two plaintiff's firms going after deep-pocketed Bayer, the manufacturer of Glyphosate.

To make matters worse, a paper came out a few months ago that linked the chemical to an increased rate of non-Hodgkin's lymphoma. Except the methodology used has been widely criticized—and rightly so—as total and complete garbage.

Read the complete article, and lament what "science" has become.

This HND piece takes its title from a 1970s bumper sticker, and examines some real fads in the Green movement. We look at recycling, and discuss both famous columns on that subject by John Tierney. We link to the columns.

Although Tierney is still pessimistic about the economics of recycling, we do mention a couple of success stories.

Yet more on Chinese drywall

This HND piece starts with a walk down Chinese drywall memory lane, but ends up at a very current case.  An unfortunate Florida homeowner—and we are certain that there are many more like him—got caught up in the state's nonsensical criteria for tainted and corrosive drywall.

In defense of the Sunshine State, it simply went along with the absurd recommendations of the Consumer Product Safety Commission and ASTM.  CPSC chose orthorhombic sulfur (S8) as its qualifying standard, despite plenty of contrary data--and this was data that CPSC paid for, and represented superb analytical work.  Another epic fail from CPSC, and from the once-respected ASTM.

Let's save a billion lives--with e-cigs

This HND piece once again covers the topic of e-cigarettes, and this time spotlights an upcoming feature entitled A Billion Lives.  Regular readers of my columns will already be familiar with the sad truth of officialdom being dead set against e-cigs, for completely selfish reasons--that have nothing to do with public health.

Helmer Aaron Biebert has created a compelling work that is sure to spread the message beyond the e-cig community.

The only thing we have to fear...are the fear entrepreneurs themselves

This HND piece goes after the absurd—but widely publicized—IARC findings regarding red and processed meat products. Bear in mind that of the 985 substances IARC has tested for carcinogenicity, only one has been put into its Group 4 (Probably not carcinogenic to humans).

Note also that in epidemiological terms, relative risks of 1.18 and 1.17—as are indicated with processed meat products and red meat, respectively—are statistically insignificant, and one wonders why the "experts" at IARC ignored this. Indeed, as a rule of thumb, an RR of at least 2.0 is necessary to indicate a cause and effect relationship, and a RR of 3.0 is preferred.

Compounding this epic journey into junk science, IARC does almost nothing to change the public perception of its ratings. Its classification system does not assess the carcinogenic risk of the given agent, but rather, its rating of the quality of supporting evidence.

Thus, included in the dreaded Group 1 (Carcinogenic to humans) are alcoholic beverages, asbestos, benzene, diesel exhaust, mustard gas, tobacco products, and now...processed meat. However, this does not mean that processed meat is as carcinogenic as tobacco products or asbestos, even if that's what any number of bogus authorities and fear entrepreneurs are now claiming.

The irony here is that IARC has recently been mocked by real scientists for its nonsensical work on formaldehyde. Among other things, it based its cancer assessment on an unpublished and ridiculously flawed and inconsistent study from China. At least, formaldehyde is a chemical with known dangerous properties. But red meat?

Demonizing formaldehyde for fun and profit

This HND piece discusses how an essential chemical can be maligned, for no reason other than to raise funds, or mindlessly increase regulatory power. Sadly, chemophobia is big business.

We start off with Bela Lugosi, who—believe it or not—has a role in this drama, and take it out to the present with EPA trying to gum up rigorous standards, already accepted by industry. Of course, there are a few interesting stops in between.

Sustainability: A fable for our time

This HND piece looks into the nebulous and contradictory nature of sustainability, going all the way back to the introduction of the term in 1987, by the UN. Of course, in those days, when it was called "sustainable development," it was primarily concerned with reducing the gap in standard of living between rich and poor countries.

Indeed, it must shock today's Greens that back then, it was stipulated that increased energy production will be needed to improve the plight of the poor.

Alas, given the apocalyptic nature of the Green movement, it was inevitable that a "sustainability is not sustainable" faction would emerge, and we discuss two very different proponents of that faction. In the process, we examine the incredible junk science behind this movement.

This HND article takes up from the previous week's autism piece. It is an easy segue to the awful world of junk science. Sadly, desperate parents of autistic kids have embraced every manner of voodoo, in search of a cure.

Of course, this plays into the goals of the lunatic anti-vaxers, as well as the fear entrepreneur chemophobes. We name names, including a few you may never have heard of. Also included are some thoughts from Kary Mullis.