Too much food is being wasted: Let's get smarter about it 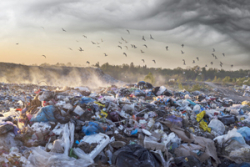 This HND piece digs into the very serious matter of food waste. We include some pretty shocking statistics from the UN, and Feeding America.

We also help clarify the meaning of those dates, placed on virtually all food items these days. In virtually all cases, the dates refer to optimum quality, and not safety issues. Tips to check for spoilage are included, as are good links to food safety resources.

Posted at 11:53 AM in Environmental Factors, Food and Drink | Permalink | Comments (0) This HND piece provides more evidence that low carb/high fat is the best diet for most people, even though some "experts" still insist on the inverse—high carb/low fat.

We focus on two important studies coming out of Scandinavia. It seems that those Nordic types are leading the way on low carb. We also feature some good commentary from paleo guy Mark Sisson, of Mark's Daily Apple.

Sanitation in the food industry with peracetic acid

This HND article takes up where we left off, around five years ago. In this offering, we get into the chemistry and mechanism of how PAA kills those microbes, along with the many advantages of this germicide.

After that, we segue into safety and regulatory issues, and conclude with a look at available monitoring systems for this compound.

Posted at 02:26 PM in Environmental Factors, Food and Drink, Keeping the bugs out | Permalink | Comments (0)

This HND piece begins with a history of the natural products/supplement industry, and then segues into the reasons why more than 70% of the public takes supplements. After that, we consider the question of whole food sources of nutrition versus supplements, and spotlight one supplier who favors the latter.

This HND piece begins with a brief review of how energy is controlled in biological systems—namely the ATP-ADP cycle. From there, we move into cellular respiration and a short history of sports drinks. What we now call "energy drinks" usually have some amount of caffeine, and there are hundreds of brands available.

The posting concludes by spotlighting a new energy drink, that features some special ingredients to overcome the all-too-familiar caffeine crash—which often follows that needed boost of energy.

A look at energy drinks

This HND piece traces the history of such beverages, long before they were even called "energy drinks." Do Roman gladiators take the concept far back enough for you? How about coffee itself, dating from the 15th century?

Then there's Coca-Cola, at one time containing plenty of sugar, caffeine, and cocaine—for good measure. We discuss the likely mechanism of how caffeine acts as a stimulant, along with its paradoxical effects on headaches and migraines. And, don't forget Jolt Cola.

We end up at a kinder, gentler, energy drink, that is gaining appeal, amidst the additive-laden competition.

Did cavemen get heart disease?

This HND piece begins with the new 2015-2020 Dietary Guidelines, and then segues into the so-called paleo diet.

All told there is at least a bit of sense in the guidelines, even if they still get it wrong about sat fat and salt. At least, they didn't succumb to the anti-meat morons or the insane low salters (less than 15t00 mg per day), led by the ridiculous Dr. Elliott Antman. Now maybe if people were ants...

As to the paleo diet, once you get past its low carb aspects, it is little more than a silly celebration of the Noble Savage. That is to say, it is mostly bunk. And, cavemen DID get heart disease.

This HND piece examines some of the science (good and bad) behind low carb. The bad stuff takes advantage of no formal definition of the term "low carb," to mock its efficacy. In that case, 40% carbs was considered "low," and in fairness could be, since the recommended diet—incredibly—is still at 60% carbs.

We quote diet expert and friend of this column Diane Kress, and mock a big study or two.

The only thing we have to fear...are the fear entrepreneurs themselves

This HND piece goes after the absurd—but widely publicized—IARC findings regarding red and processed meat products. Bear in mind that of the 985 substances IARC has tested for carcinogenicity, only one has been put into its Group 4 (Probably not carcinogenic to humans).

Note also that in epidemiological terms, relative risks of 1.18 and 1.17—as are indicated with processed meat products and red meat, respectively—are statistically insignificant, and one wonders why the "experts" at IARC ignored this. Indeed, as a rule of thumb, an RR of at least 2.0 is necessary to indicate a cause and effect relationship, and a RR of 3.0 is preferred.

Compounding this epic journey into junk science, IARC does almost nothing to change the public perception of its ratings. Its classification system does not assess the carcinogenic risk of the given agent, but rather, its rating of the quality of supporting evidence.

Thus, included in the dreaded Group 1 (Carcinogenic to humans) are alcoholic beverages, asbestos, benzene, diesel exhaust, mustard gas, tobacco products, and now...processed meat. However, this does not mean that processed meat is as carcinogenic as tobacco products or asbestos, even if that's what any number of bogus authorities and fear entrepreneurs are now claiming.

The irony here is that IARC has recently been mocked by real scientists for its nonsensical work on formaldehyde. Among other things, it based its cancer assessment on an unpublished and ridiculously flawed and inconsistent study from China. At least, formaldehyde is a chemical with known dangerous properties. But red meat?

More on walking back the low fat

This HND piece continues the saga on how officialdom is trying to cover itself over the rapidly deteriorating diet/fat/cholesterol/heart disease meme. The elites are in full crisis mode now, as certain members of Congress are mocking them openly.

Many people—from all walks of life—are criticizing the "Scientific Report of the 2015 Dietary Guidelines Advisory Committee." But no one has done a better job than investigative journo Nina Teicholz, bestselling author of The Big Fat Surprise.

The elites can only fight back by calling to authority, except that authority has been bankrupt for over 30 years.