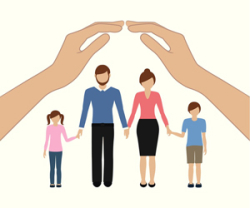 This HND piece offers plenty of tips on how to keep your family safe, culled from a variety of good sources. We include a number of interesting links. You might like the examples of old and new "shock" safe driving productions.

Then we get into the matter of emergency communications, and how GPS trackers can keep you informed of the whereabouts and welfare of your loved ones in critical times. To this end, we introduce a new product that needs no other network to cover a range of six miles, with off-grid texting included.

Posted at 04:59 PM in Products, Recommended sites, Save the people first | Permalink | Comments (0)

Our friends at Interscan continue to build out their already very comprehensive website.  The latest addition is the completion of the "More on the gases we detect" section.  Culled from a host of sources, these little summaries address..

This HND piece starts off with a brief history of retirement, busts a long-held myth, and then segues into practical issues encountered by many retirees.

The fiscal side gives a referral to a new and growing website, chock full of interesting—and contrarian—ideas. The mental component features some points from an article entitled "5 Warning Signs You Aren't Psychologically Prepared for Retirement." As to physical health...we discuss those topics constantly in our other HND articles, all archived here.

Looking back at a few stories

We end the year with a recap of five of the year's most popular HND pieces. For your reading pleasure...

1.     No Minnesota Nice For Dan Markingson

The explosion of video in health care

This HND piece examines the vital importance that "moving pictures" of all sorts have on health care. While it certainly helps providers, the biggest impact is--and will continue to be--on patient education.

Also included are plenty of good links, and some precepts on how one can evaluate the accuracy and utility of the constant stream of scientific—especially health-related—information.

This HND piece takes a look at the sad notion of "quality time," but does include a link to a service that is actually helping parents to achieve this mystical goal—in part, anyway.

We quote two bellwether articles on the subject, ironically with the same title: "The Myth of Quality Time." Also mentioned is the notorious McMartin case, created pretty much out of whole cloth by guilty parents, evil health care "providers," and an astonishingly corrupt media.

Posted at 08:41 AM in Recommended sites, Save the people first | Permalink | Comments (0)

29 billion reasons to lie about cholesterol

Justin Smith published a book with that title in 2009, and next month, the movie will be released. In the meantime, check out the many resources on his website.

One of the many interesting items you will find is this one...

Medscape News reports: "Statin users are more than 50% likelier to develop age-related cataracts... And type 2 diabetics who use statins are at even greater risk of cataracts."

Dr Richard Karas from Tufts University School of Medicine tried to play down these findings by trying to suggest that these eye problems eventually afflict everyone. Another example of the statin supporters ignoring the damage caused by statins.

A few of the voices of reason featured on the site include Malcolm Kendrick MD, Paul Rosch MD, and Dr. Natasha Campbell-McBride.

Millions of people have wisely stopped taking statins, just as millions have switched away from the absurd low fat/high carbohydrate diet forced onto us by our "betters." Justin Smith's work will further the cause.

Going beyond Gutenberg: The E-publishing revolution and its relevance to health care

This HND piece examines how publishing has become somewhat less proprietary, and skewers the big lie about why textbooks need to be so expensive.  We also highlight a new e-publishing platform, that promises to be a real breakthrough---especially for smaller users and educational outlets.

Quiet your barking dogs (not a canine story)

My latest HND piece examines foot problems, and presents a couple of related anecdotes, including one about famed distiller Jack Daniel. Since fashion controls footwear much more than practicality or health, it won't surprise you that women---by far---have most of the foot issues.

As such, we spotlight TV doctor Lisa Masterson, and her new Therafit shoe.

Posted at 09:22 AM in Healthcare, Products, Recommended sites | Permalink | Comments (0)

That's the title of a new website from the good guys at the Global Silicones Council.  Silicones are used in a remarkable number of applications, not the least of which are in health care.  But, there's much more, including sports and fashion.

The site also covers issues regarding health, safety, and sustainability.