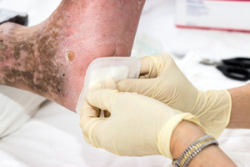 This HND piece starts off with a listing of the terrible complications of diabetes, nearly all of which are caused by hyperglycemia creating conditions where blood vessel walls can be damaged. This effect seems to be a result of the glucose content affecting cooperation between the enzymes fatty acid synthase and nitric oxide synthase. We then focus on the nasty problems inherent to diabetic foot.

Foot or toe amputation can be the end result if wounds in those areas heal poorly and become infected. Both, unfortunately are quite possible in diabetics. We conclude with a spotlight on MOTUS Smart, a special boot that allows physicians to monitor the healing progress of their patients foot ulcers.

You've got the power 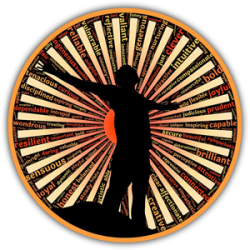 This HND piece starts off by reminding you that you DO have the power...to discover all sorts of health information on the Internet. The challenge is to separate the good stuff from the nonsense. One way to do this is—and maybe the best way—is to consult multiple sources.

We do note that the information mandarin class still enjoys putting on its airs about what "real" news sources are, compared to that sketchy info you might pick up from alternative sources on the Web. Only, there was that little matter of the outrageously fraudulent 1998 Wakefield paper, that appeared in The Lancet, supposedly the most prestigious medical journal in the English language. Despite the huge outcry against the paper, it was not officially withdrawn until...2010.

Then, we get into mHealth, and the world of portable power banks—including an exciting new product with some great features.

This HND piece examines the matter of interferences in the chemical analysis of air contaminants. Some historical background is provided, including how our EPA formalized measurement techniques, and the approved methods promulgated by NIOSH and OSHA.

Then, examples are given. We discuss the effect of other reduced sulfur compounds on hydrogen sulfide analysis, along with how formaldehyde in cigarette smoke threw off the CDC testing on the FEMA trailers. As always, there are useful links throughout the write-up.

This HND piece traces the history of toxic gas detection back to 1816 and the Miner's Safety Lamp. We cover other major developments, including detector tubes, but then discuss how progress started to derail in the 1960s. You see, that was the time when instrumentation was beginning to hit the market, and a a false analogy would develop between toxic and combustible gas detection.

Among other things, toxics operate in the world of parts-per-million, while combustibles are in the percent range—four orders of magnitude higher. In addition, interfering gases are nowhere near as much of a factor in combustible apps. To put it bluntly, you can be a whole lot sloppier in the combustible field, and still get away with it. Thus, beyond the fact that both applications are...gas detection, there is really very little similarity between the two.

Although this false analogy still haunts the field, new users and exciting new apps in the toxic world, such as hydrogen peroxide and peracetic acid detection, seem to be slowly changing the landscape.

Do no cyber harm: A Hippocratic oath for healthcare websites

This HND piece was inspired by the uneven experience most of us get when surfing through various health-related websites. It is ironic, of course, that in this era of endless communications media, too many of us have forgotten how to communicate effectively. Perhaps it has something to do with the rise of social media, and the old adage that the opposite of communication is ego.

We touch on the big topic of customer-centric website design, as championed these days by our friends at LCN.com. Of course, this is hardly revolutionary, as this very same idea was being stressed at the dawn of Web 2.0. Back to the basics, right?

Also included are five best practices, that should be followed in everyone's web design.

Bring your own device–but carefully!

This HND piece examines the very murky world of BYOD in the workplace. Whoever thought that BYOD would save companies money must have made a career change by now. Of course, BYOD was inevitable, but the security issues are overwhelming, and the standard McAfee/Symantec/Peter Norton approach to computer security does not cut it in the mobile world.

Mobile apps not only dredge all sorts of personal info, but many of them are poorly designed with gaping security holes. We give a shout-out to viaForensics, who have introduced their own app, set up to notify you if your privacy is being compromised--and thus the network that your BYOD is connected to.

A look at personal rapid transit

This HND piece spotlights the exciting world of personal rapid transit--PRT for short.  The basic idea is to use computer controlled small vehicles, suitable for up to six passengers, that provide reliable mobility with minimal wait time.

It's much better, and much cheaper than light rail, so not surprisingly, the politics have been against it.  Fortunately, as they say, you can't stop progress, and there are now several successful installations, with more on the way.

Bringing your own disaster...er, device

This HND piece takes a look at the growing trend allowing people to bring their own devices, to connect to enterprise networks. By all accounts, this is not a good idea, but since it superficially saves money, it is becoming quite popular—in all sorts of businesses, including health care facilities.

As you might expect, there are numerous security tools available to help control the damage, but even so, many experts are predicting the worst.

Tags: bring your own device

This HND piece takes a look at the ubiquitous codes, and gets a little techie, while providing a bit of a historical perspective. As I note in the piece:

With a variety of free QR code reader apps available for camera-equipped smart phones, the technology was widely accepted within a short time. Deployed in this manner, QR Codes became the interface between print and digital media.

As such, there are dozens of health care related applications, ranging from publicizing a particular doctor's office or medical center, to all sorts of patient education.

Keeping track of memory and processes on your computer

For those of us running lots of applications, RAM utilization can be a big deal. Likewise, it is often helpful to know just what processes are being run, and—even better—being able to quickly and easily stop them. Here is a great open source free way to do both of these tasks:  Process Hacker.

It may turn out that you need more RAM. In that case, try using Crucial's System Scanner Tool.